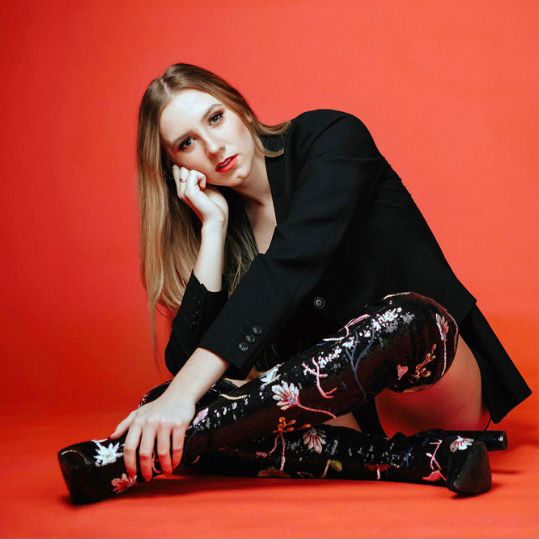 Wiktoria Tracz is a singer songwriter, born 26th November 2002, based in South London. Her music path started when she was 10 years old, starting with music competitions around the world, where often she was a laureate. In 2016 Wiktoria started her education at The BRIT School in Croydon, where she studied the UAL Level 3 Extended Diploma. After the graduation she continued her music education at The Institute of Contemporary Music Performance (ICMP) in London. Currently she’s on the 2nd year of the course.
Since 2020 Wiktoria has released her first EP “Chaos” including song like: “In the middle”, “One step back”, “Show Me” and “How far do I Go”. Later on, in 2021 she released three singles, starting with “Scars”, then “Talk too much” and her summer hit “Finish Line”. All songs are available on all streaming platforms and the music videos on YouTube.

Music is her second home, it’s something she does 24/7 with love. As mentioned above, Wiktoria was only 10 when started singing. She also graduated from a Music School named after Frederic Chopin in Nowy Sacz, Poland playing on violin. Wiktoria always been musical since a little girl, and the passion is still as strong.
As a singer songwriter she also had to learn a lot about music business, promotion & marketing, which she explored bit by bit at The BRIT School and through her personal music journey. 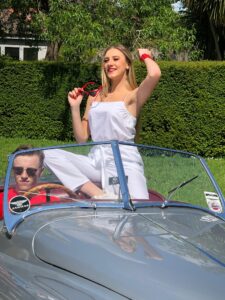 Throughout those years in the music world and on stage, she came across many opportunities that resulted in great achievements. One of them was being a semi-finalist of The Voice Kids in Poland in 2018. The journey through the program was amazing and Wiktoria is happy she could be part of it and meet so many talented people.
Another example would be getting into The BRIT School, which was a big deal for her in the first place, but also the opportunities that came along the way like: singing in a choir for Acantha Lang during the prestigious Dimond Dining Event, which is organized before the British music awards The BRIT Awards; or being selected to sing for Neil Rogers.

Wiktoria’s goals always aim high, but the most important thing she wants to do is release music and perform! It’s very important for her to give her listeners new music regularly and share her experiences. In a long-term goal, she sees herself touring, hopefully with much more original material. Performing is something she could do nonstop. The atmosphere on stage gives her energy and motivation to do what she loves.
Also her dream is to release her first album with her own music.

If she would have to name one achievement, that would be hard. Wiktoria’s done so much, putting a lot of heart and hard work to be where she is now, so her biggest achievement would be just that. Not giving up and keep improving in what she does!

Wiktoria is also very grateful to her parents and her whole family who’s been supporting Wiktoria massively over the years. It’s Wiktoria’s parents who signed her for first singing lessons and been there for her since. Her younger sister Ada is also very creative: she loves dancing, singing and acting so it’s fair to say that music is everywhere in Wiktoria’s house!

Once again, if you want to follow Wiktoria and her music you can get on all social media typing Wiktoria Tracz and all streaming platforms where you can listen to her music. Don’t forget about the awesome music videos that are up on YouTube!