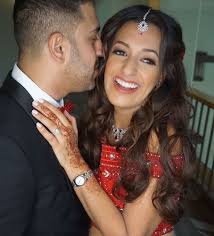 In between some shopping and interviews with local media, Lyn Brown joined the owners of East Shopping Centre, Bob Popat and Mohammed Akhtar in cutting the spectacular cake, which was modelled to replicate the façade of East Shopping Centre. Since officially launching in March 2015, East has welcomed approximately 1.4 million visitors, significantly contributing to the economic growth of East London’s iconic Green Street, and making the mall a benchmark shopping destination for the British Asian community. The centre is developed on the one-acre plus site of a landmark former bus depot. It comprises 35 two-storey units, a 17-unit Souk and a spacious 220-capacity food court.

The milestone event also welcomed a specially-commissioned piece by Absolute Bollywood Dancers, who showcased onstage some of the film’s most memorable songs as part of a medley of Yash Raj Films classics. Following the screening, DJ Vish and crew entertained audiences with a live, DJ set of celebratory party tunes.

Aditya Chopra’s epic ode to love this year celebrates 20 years of uninterrupted run at the iconic Maratha Mandir in Mumbai. The National Award-winning film changed the course of a nation’s cinema and became an unparalleled brand by establishing itself as the longest running film in the history of Indian Cinema.

Since its release in 1995, the cult classic love story, featuring one of Indian cinema’s most beloved screen pairings – Shah Rukh Khan and Kajol, respectively essaying the lead roles of Raj and Simran – has won over the hearts of all generations. 20 years since its release, the cult classic still plays to a packed house during its daily, 11.30am show. It has been so strong an influence in filmmaking that it has in fact become a benchmark for all love stories in Indian cinema.